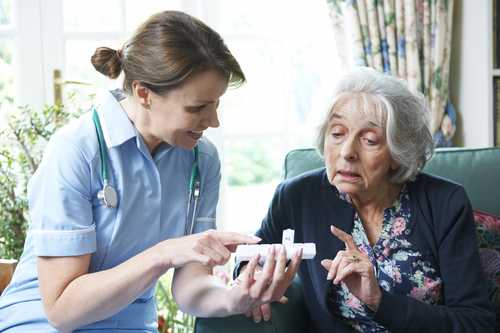 A report into home care strategy commissioned by the UKHCA has suggested that care needs to be priced at a much higher price to be sustainable. As the industry comes under increasing pressure from NHS reforms and the National Living Wage, action has to be taken to ensure the 90,000 people who rely on domestic care services are protected.

The main finding of the report was that the minimum hourly cost of providing care is going to continue to increase if services remain viable. From October 2015 – April 2016, the cost of home care was estimated at £16.16 per hour. This is to rise to £16.70 in April after the National Living Wage is introduced. The sustainable rate of home care needs to be £23 per hour by 2020, taking into account the rise in labour costs and investment in training programmes.

In the most recent survey, it was found that local authorities are paying on average under the sustainable rate at the moment. The average rate paid varied by country, so in Wales it was £14.28 per hour while in Northern Ireland it was just £11.35. Because of this, 74% of care companies which traded with councils have said they will reduce the number of hours of publicly funded care they provided, estimated to affect 50% of all service users.

David Lynes, Director of remote monitoring software IQTimecard, said, “We work closely with the home care sector so some of the insights in this report are deeply worrying. If local authorities aren’t paying a fair price for the delivery of home care, then many providers are going to work solely for private service users, or risk going bust. But on the other hand, councils have seen funding cut so harshly that they may not be able to afford this suggested sustainable rate. The home care industry needs investment and development from the central government.”

The effects of the lw pay rate have already begun to take effect. In 2015, two of the big five domiciliary care providers left the industry, deciding to leave the market altogether or only retain ownership of a private-pay homecare business. Moreover, 11% of surveyed providers last year said they would probably or definitely have ceased trading within the next 12 months.

Another suggested made in the report titled ‘Value and Strategy for Homecare’ is how the industry can assist the NHS in patient discharges. If more funding was brought into the sector, patients could be discharged from hospitals sooner and cared for at home, which would stop ‘bed blocking’ and ease pressure in hospitals.

IQ:timecard is a remote workforce management tool which helps managers track their lone working or remote working members of staff. It is often used in the home care sector and can flag up problems for managers, such as if employees do not turn up to clients on time or have stayed too long in one location.