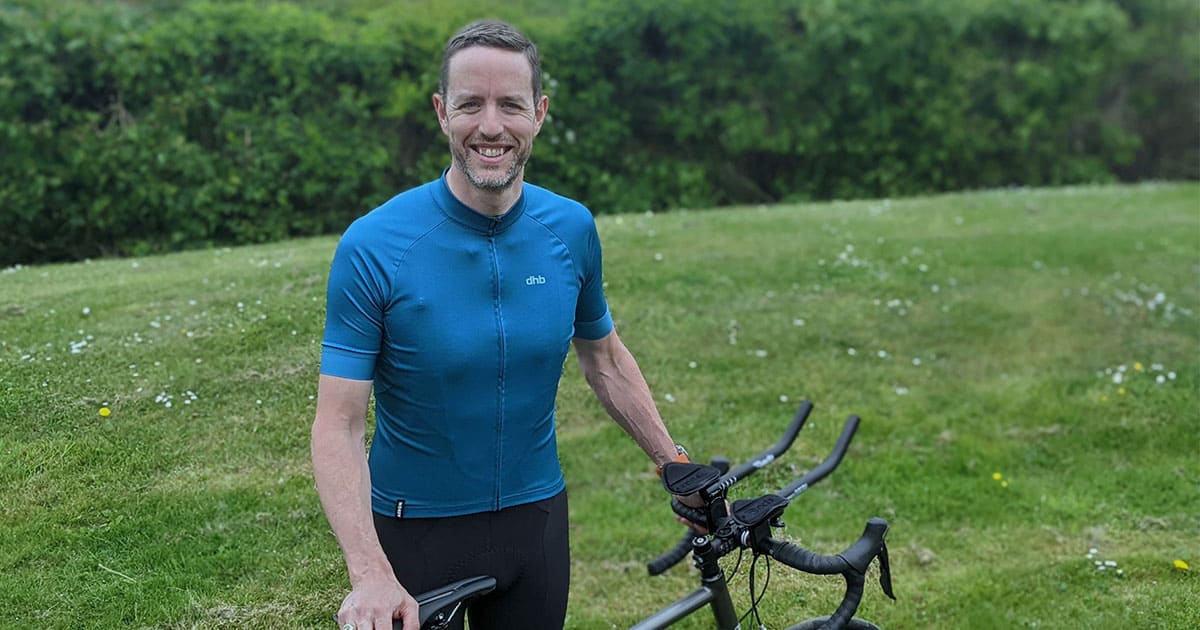 David Lynes, Unique IQ’s CEO, has won the 48 hour cycling challenge! Setting out at 6pm on Friday 20th May from Blair Atholl in the Scottish Highlands, David cycled a distance of 648km as the crow flies to finish in Salisbury, Wiltshire at 6pm on Sunday 22nd May. A truly herculean effort, David finished more than 100km ahead of the rest of the pack!

David’s epic cycle is raising funds for the Care Workers Charity – which supports carers experiencing financial hardship. If his journey has inspired you, you can donate here: https://thecareworkerscharity.enthuse.com/pf/david-lynes.

Unique IQ chief to cycle as far as he can as the crow flies in 48 hours, raising money for the Care Workers Charity.

Our very own CEO and Founder David Lynes, is planning an epic two-day cycle, raising money for the Care Workers Charity as he rides.

In this unique endurance challenge, David will be cycling as far as he can as the crow flies from his starting point in 48 hours. What’s more, he’ll have to be fully self-supported on the ride, and will be pitted against other solo riders, whose routes are all a closely guarded secret.

It’s a challenge that combines speed, endurance and strategy. David has to decide when – or even if – he sleeps, what he needs to carry with him, as well as which route will get him the furthest away from his start point. And it’s not about the number of kilometres he can peddle, it’s how far he can go in a straight line, with any ferries or trains he might need to catch deducted from his final total.

David said of his planned adventure: “I really liked the sound of this challenge as it combined thinking and planning with the physical elements of cycling. It’s very unique. I’ve enjoyed preparing for it – planning routes, testing out equipment and exploring my capabilities. I’m ready and excited to get going!”

No stranger to endurance rides, Paul conceived of Riding the Long Way Home in 2018 when he bought a new Bianchi bike and rode it home to London from Milan. He created the 48-hour challenge as a ‘warm-up’ for a 7-day version where he’ll be racing a friend to see who can ride furthest in a week.

Paul says of the challenge: “first and foremost it’s intended to be a personal challenge. It’s you against you, not anybody else. It’s just you pushing yourself to see how far you can go in 48 hours. The idea is that the challenge is not just about how far you can ride physically, but how smart you are in planning in advance, so the race isn’t necessarily won by the strongest rider.”

A keen and competitive cyclist, David has thrown himself into training for the event. Last month David completed the famed coast-to-coast cycle route in 11 hours and 41 minutes as part of his training. The 140-mile route from St. Bees in Cumbria to Robin Hood’s Bay on the North Yorkshire coast takes in a number of punishing mountain climbs including the Lake District’s Hardknott Pass, which David enjoyed with the addition of a strong headwind!

Like many people, David leant on physical activity during lockdown, in his case cycling. “Thanks to technology I was able to train indoors and that really helped my sense of mental wellbeing,” said David. “I’d got as serious as getting a cycling coach, so I wanted a goal to keep my training focussed – which is where the 48-hour challenged comes in.”

David is using his challenge to raise funds for the Care Workers Charity – which provides financial aid so that no care worker has to face financial hardship alone. His fundraising target is £2,000. “The Care Workers Charity is doing a great job supporting carers and raising the profile of care workers both in and out of the sector. That’s really pertinent to the work we do within the home care sector so it felt like a relevant and worthwhile cause,” said David, whose company, Unique IQ, makes care management software, specifically designed for the home care sector.

To sponsor David, go to: https://thecareworkerscharity.enthuse.com/pf/david-lynes.