A History of Time Cards 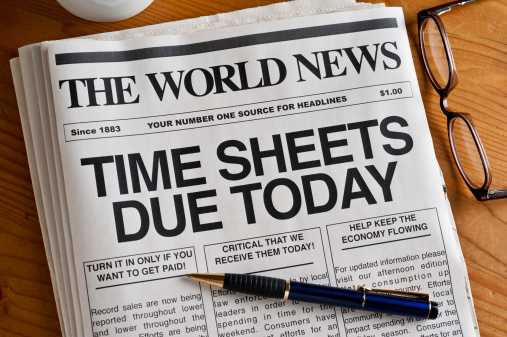 A History of Time Cards

Time cards are no new invention – they’ve been around for hundreds of years, helping managers to track employee working hours and pay them the relevant amount of money. IQ:timecard is an advanced solution, but we like to pay homage to our roots now and then – take a look at these time and attendance solutions through history to see how far we’ve come.

19th Century – The 1800s saw a huge surge in the number of people working in factories and mills, as a result of the Industrial Revolution. This meant that suddenly, owners of factories needed to find a way to monitor hundreds of people’s working hours and ensure that they were showing up when they were supposed to. There were three separate time-keeping machines invented – Willard Bundy’s Bundy Key Recorder, Dr Alexander Dey’s Dial Recorder, and Daniel M Cooper’s Rochester Recorder. All three used clocks to print a time on an employee time card, stating when they had arrived and when they had left work. These were used from 1888 onwards until a more advanced solution hit the market.

1911 – IBM (or International Business Machines Corporation, as they were known at the time) were company responsibility for the mass production of the first time-keeping inventions. By the 1920s, the vast majority of factories, offices and other workplaces throughout the UK were using these time recorders instead of the hand-written logs. IBM created a specialist Time Recorder Division to oversee development of such innovations.

1938 – Just over 25 years later, IBM had created a fully automatic time recorder, which changed payroll systems forever. The new method made calculating the total hours worked for a whole week much easier than ever before, and the automated nature of the device meant that more accurate records were kept.

1958 – IBM’s Time Recorder Division was sold to Simplex Time Recorder Company and a new dawn of fresh ideas gave way to new innovations in the world of time and attendance.

Modern Day – Computer technology has revolutionised how we clock in and measure our working hours. Whether they use an ID number, a name tag, a magnetic swipe card or some other form of identification, almost all employees are now required to use a specialist system in order to clock themselves in and out of work accurately. There are even biometric systems, which use things like fingerprints or the iris of your eye to identify employees and register that they’ve arrived at work. These are expensive, but they demonstrate just how far the world of time recording and attendance monitoring has come since the 1800s.